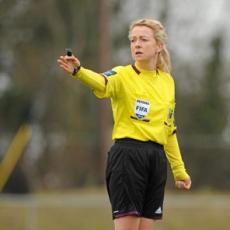 How many years have you been a referee? Since 2006

What refereeing level are you currently at? FIFA International Referee

Why did you get involved?  Had a general interest in the game, played with a ladies team and friends  locally in DWSL and was involved in the younger girls team in my community.

Played with a mens team from work after work on Fridays.   After a few injuries dislocated knee, severed cruciate, concussion etc I thought better to do something less contact.

The FAI wrote out to clubs looking for female to do the referees course and I signed up.  I really enjoyed the physical activity end without the contact / injuries to go with it and really enjoy meeting people with the same interest in football from grassrouts through women and international.

What would you say to encourage more females to get involved as a referee?  If you are interested in developing to International level there are fantastic opportunities to travel and experience International football at a time when the Womens game is the fastest growing sport worldwide.

At grassroots and local level refereeing is a great opportunity to get involved in your community, to meet new people and learn new skills not just in football but man management, dealing with people etc. 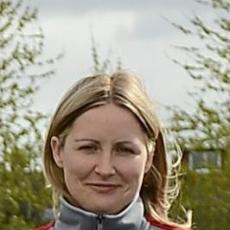 How many years have you been a referee? Since 2012

What refereeing level are you currently at? FIFA Assistant Referee; Grade 1 FAI Referee

Why did you get involved?  I was coming to the end of my playing career so decided to give refereeing a go.  I completed the FAI referee course and have been amazed at how much I enjoy it.

Highlight of being a referee to date? Receiving a FIFA Assistant Referee Badge in Jan 2014.

What would you say to encourage more females to get involved as a referee?  Give it a go, you may be very surprised at how enjoyable refereeing is. It is very similar to playing, has its good points and bad points but for me the positives far outweigh the negatives. 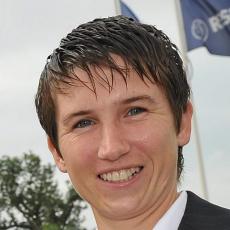 How many years have you been a referee? Since 2008

What refereeing level are you currently at? FIFA Assistant Referee on my 4th badge; Airtricity and WNL Referee

Why did you get involved? I was a player at club and county level and also wanted to become a referee when my playing career was coming to an end but I ended up finishing my career to start a new one as a referee. Also there was no female referee in my league, it was all male orientated.

Highlight of being a referee to date? There are a lot but to name a few: Senior Men’s FAI cup final 2013, World University Games Kazan 2013, European Championship u19 s final match in Turkey 2012, My first women’s challenge cup final 2009.

What would you say to encourage more females to get involved as a referee?  Give it a try you’ll never know where it may lead you. Enjoy the game and the experience no matter what level you strive to achieve. There are endless possibilities and rewards with hard work and dedication.