Jamie was called into the squad for the UEFA Championships qualifying tournament in Russia in August 2013. She played in the opening game of the Carrickfergus Cup against Northern Ireland.

She captained the Women's Under-17s at the 2015 UEFA European Championships in Iceland and has excelled in the Women's National League with Shelbourne.

Jamie earned her first senior call-up for the EURO 2021 qualifier away to Greece in November 2019.

The Dubliner was named as Player of the Match in the 1-0 loss to Denmark in April 2021. 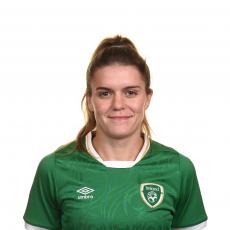