Canada vs Republic of Ireland

The second game in the 2023 FIFA Women's World Cup will see the Republic of Ireland come up against Canada in Perth.

It will be a flight to the west coast of Australia for Vera Pauw's squad for their second test in Group B - just six days after they will have played their opening game against Australia in Sydney.

TICKET INFORMATION
The application process to secure tickets in the 'Ireland section' is now closed.

PREVIOUS MEETING
A late goal for Canada confirmed a 2-1 victory over Ireland in the only meeting between the teams at women's senior level in what was an exciting Cyprus Cup encounter.

Ruesha Littlejohn scored for the Girls in Green before Diana Matheson and Sophie Schmidt got one apiece to swing it for a team who were ranked seventh in the world at the time. 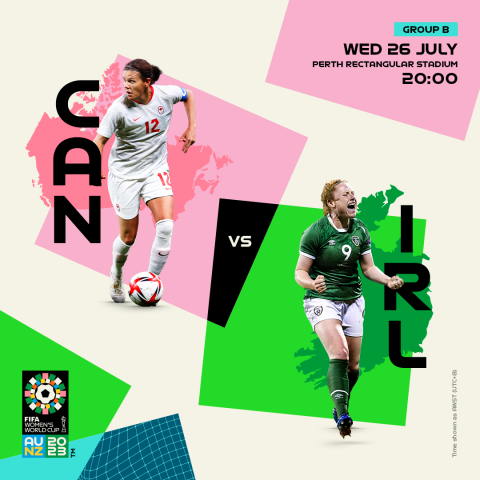