Savannah captained the Republic of Ireland at underage level before excelling at the 2014 UEFA Women's Under-19 European Championships, where she helped Dave Connell's team reach the semi-finals.

At club level, she has featured in the Women's National League for Cork City, UCD Waves and Galway WFC, while she also had a stint in Scotland with Glasgow City.

She made her Ireland senior debut under Head Coach Sue Ronan but spent time out of contention before being recalled in September 2021 by Manager Vera Pauw. 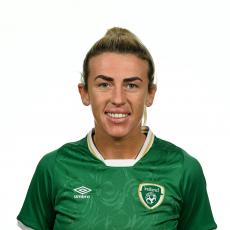