Alan made his international senior debut, starting in the 1-0 home win over Switzerland in March 2016.

The creative midfield player had a tremendous season in the Championship with Brentford before an injury unfortunately curtailed his season.

Alan's dad Dermot captained Bray Wanderers to the FAI Cup in 1990 and the son followed in his father's footsteps via St Joseph's Boys before moving to the UK with Blackburn Rovers.

During his first spell with Blackburn he failed to make a league appearance but impressed in loan spells at Plymouth Argyle and Notts County before he joined County in a permanent switch in 2011.

After two seasons with Notts County he returned to Blackburn in 2013 but was frustrated again at Ewood Park and joined Brentford in a loan move the following year before opting to turn that move into a full switch. 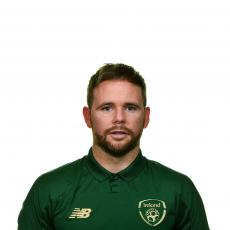