DUBLINER Stephen comes from a long line of top class goalkeepers that have been a part of the Irish football spotlight since the 1960s.

Stephen's grandfather Paddy was a highly regarded goalkeeper at League of Ireland level with Shamrock Rovers then his father Stephen senior played at the same level with numerous clubs including Limerick FC, Dundalk FC, Shelbourne FC, Cobh Ramblers, Waterford United and St James's Gate before becoming a manager with Cobh Ramblers and Waterford.

The Henderson goalkeeping dynasty also includes uncles Dave - who was capped at Olympic level for Ireland - and Wayne, who won six senior caps.

After emerging with Belvedere FC and winning numerous underage international caps, Stephen was signed by Aston Villa in 2005 and has been included in the senior international squad several time.

He moved to Bristol City in 2007 and has since had load spells at York City, Weymouth, Aldershot Town and Yeovil Town before joining Portsmouth in 2011.

After an impressive campaign at Fratton Park, Henderson joined West Ham in 2012 but has yet to make his debut. He has had loan spells from the Hammers to Bournemouth and Ipswich Town.

A tall and asert goalkeeper with good hands, Henderson will look to make the senior international breakthrough under the new Irish management team in 2014. 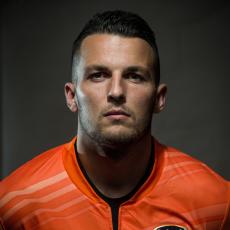