Originally at Manchester United, Marc moved to Porstmouth in 2004 and, later, to Stoke City. Comfortable at right-back, centre-back or centre-midfield, Marc played for the Northern Ireland U15 and U17s before switching to the Republic of Ireland and playing U18, U19 and U21.

He made his senior debut against Wales in the opening match of the Carling Nations Cup at the Aviva Stadium on February 8th, 2011. He was introduced as substitute for Darron Gibson in the second half of a match Ireland won 3-0.

The versatile performer won his second cap in the 4-1 win over Oman at Craven Cottage in September 2012. He scored his first Ireland goal against the Faroe Islands the following month.

Has been used at centre-back by Martin O'Neill. After being a central figure for Ireland under O'Neill he suffered an injury disappointment that ruled him out of Euro 2016. 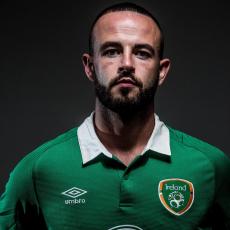