Kilkenny native Ellen earned her first senior call-up in August 2020 ahead of the UEFA Women's EURO 2021 qualifier against Germany - and was included in the final squad.

Having starred at underage level, particularly for the Ireland Women's Under-17s, Ellen was promoted to the senior squad on the back of an impressive start to her Women's National League career with Wexford Youths. 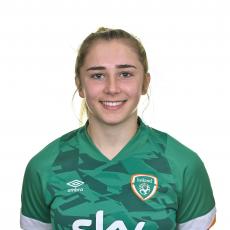