Roscommon native Heather first caught the eye when playing at youth level with Salthill Devon and quickly progressed up the underage ranks at international level.

She featured for Ireland at the 2015 UEFA Women's Under-17 European Championships in Iceland and then made her senior debut in a friendly against Scotland in July 2017.

Heather was named as the Player of the Match in the 1-0 friendly loss to Belgium in April 2021. 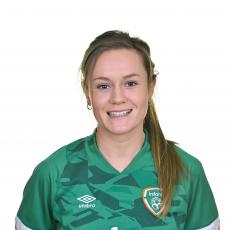