David is a powerful forward who possesses excellent link-up play and was brought back into the Ireland squad by Mick McCarthy in 2019 after previously slipping out of favour with Martin O'Neill.

It was actually O'Neill who gave McGoldrick most of his senior caps - following on from his debut against the United States in 2014 - but injuries halted his rise through the pecking order.

An excellent promotion-winning season with Sheffield United in 2018/19 propelled him back into the fold and he emerged as a key player for McCarthy in the EURO 2020 qualifying campaign. 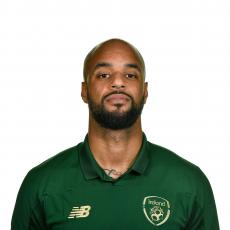