Dara O'Shea is a talented central defender who is currently contracted to West Bromwich Albion.

O'Shea moved to the West Midlands in 2015 after his time with St. Kevin's Boys and excelled during his time on loan at Hereford FC in the 2017-18 season.

O'Shea moved on loan to Exeter City in League Two for the 2018-19 season and was called up to Stephen Kenny's first Under-21 squad. O'Shea made his senior international debut in the 1-0 defeat against Finland in October 2020. 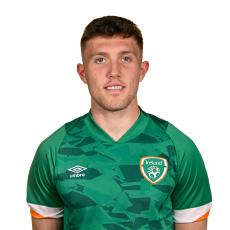