Callum played underage level for England before switching to Ireland in 2018 - eligible through his Monaghan-born grandmother.

The fleet-footed attacker featured in the Scott Brown Testimonial but made his Ireland debut against Wales in the UEFA Nations League.

Having made a significant impact at Preston North End, Callum joined Sheffield United ahead of the 2019/20 season and then had a loan spell with West Bromwich Albion. 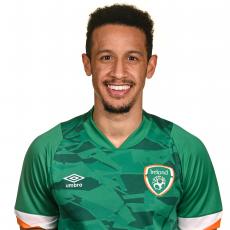