Cavan native Kiernan broke through at Shelbourne as a teenager and helped the Dublin club win the Women's National League in 2016. She was named as Young Player of the Year for that season.

She scored 37 goals altogether with Shels before making the move to West Ham United, where she spent a couple of season ahead of joining of Liverpool in 2021. 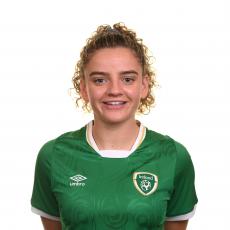