LEE O'Connor is in his second season with the Ireland U17s and has not missed a game at this level since making his debut against Hungary in September 2015.

The former Villa FC defender is the latest talent to come out of Waterford and has blossomed since joining Manchester United last summer.

A powerful athlete who can play in a variety of positions, O'Connor has been a leading force in Ireland's progression to the UEFA Finals.

Despite his young age, Under-21 manager Stephen Kenny gave him his U-21 debut in the 3-0 win over Luxembourg at Tallaght Stadium in March 2019.

His form for the U-21s attracted the attentions of Mick McCarthy who gave his senior debut in a friendly victory over New Zealand. 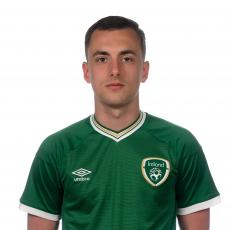