ADAM Idah has played for Ireland since U15 level and is still eligible for Ireland U17 again next season.

The former-College Corinthians striker was prolific on the international scene and scored eight times in ten games for the U17s in 2017-18.

Norwich City secured the services of the striker and after he played for both the U19 & U18 age groups in quick succession, Stephen Kenny selected him for the U-21 squad.

Idah scored an impressive brace on debut against Luxembourg in a 3-0 win. His impressive form for the U-21s and Norwich City helped him earn a call-up to the senior squad, making his debut in the 1-1 draw against Bulgaria in September 2020. 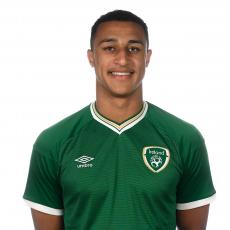