DANIEL has played for Ireland since U15 level.

The former St Kevin's Boys player is a talented attacking midfield or striker.

He made his Ireland U19 debut against Norway in La Manga in February 2017 and made a good impression then featured in the UEFA U19 Elite Phase in Belgium the following month.

Mandroiu moved back to Ireland with Bohemians ahead of the start of the 2019 season and his performances led to a call-up with the Under-21 squad. He moved to Dublin rivals Shamrock Rovers where his attentions caught the eye and Mandroiu was awarded with a senior squad call-up for the matches against Andorra and Hungary. 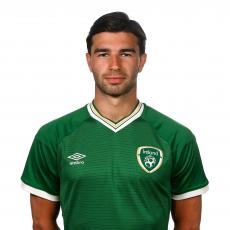