Former Cherry Orchard schoolboy Mark has been in the Ireland set-up since Under-15 level.

He played in the SSE Airtricity U17 League with Shamrock Rovers before joining AFC Bournemouth in 2016.

A tall commanding goalkeeper, he played U18 and U19 football for Ireland in the 2016-17 season. He was first called up to the Ireland senior squad in March 2019.

He made his competitive debut in the 3-2 defeat against Serbia in Belgrade in the FIFA World Cup qualification campaign. 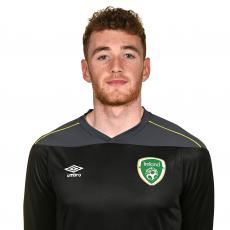