A stand-out player for Ireland at underage level, where he scored important goals in the 2018 UEFA Under-17 European Championships, Troy has moved up the ranks very quickly.

He only played three games for the Under-19s - scoring four goals - before being promoted to the Under-21s, where he became a key player under Stephen Kenny.

Mick McCarthy called up the skillful attacker to the senior squad in 2019 and he made his debut in the home friendly win against New Zealand.

Parrott's crowning moment in the senior squad so far came when he notched an impressive brace in the 4-1 win over Andorra.

Parrott has continued his impressive form for the Ireland side under Stephen Kenny having scored the last-minute winner against Lithuania at the Aviva Stadium in March and also the second goal in the 3-0 win over Scotland. 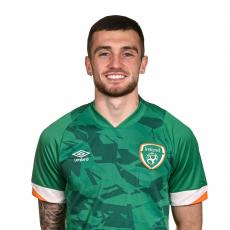