Callum O'Dowda is talented player with a powerful strike and good dribbling skills, he has become an integral part of the Ireland U21 squad.

Callum can play in midfield or out wide. His late grandfather Brendan was a famour tenor from Dundalk.

He made more than 100 first team appearances for Oxford in all competitions. He scored in the 2016 Johnstone's Paint Trophy Final against Barnsley at Wembley Stadium.

His form for Ireland U21s earned him his first senior international call-up in May 2016 and he came on to produce an impressive performance on his debut against Belarus at Turner's Cross on May 31.

O'Dowda joined Championship side Bristol City in the summer of 2016. 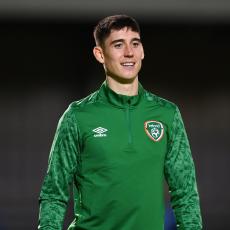