The AFC Bournemouth midfielder played underage football for Ireland from U16 level after starting his career with Charlton Athletic.

Arter is a creative midfielder with an eye for goal. After his club career saw him drop into non-league football with Woking in 2009 he signed for Bournemouth the following year and played a pivotal part in their rise to the Premier League in 2015.

Martin O'Neill called Arter into his squad for the UEFA Euro 2016 qualifier against Poland in March 2015 then handed him his debut against the English at Aviva Stadium.

Arter missed out of selection for the UEFA EURO 2016 squad after picking up an injury in training just days before the squad was announced. Arter made his competitive debut in the 1-0 win away to Austria in November 2016. 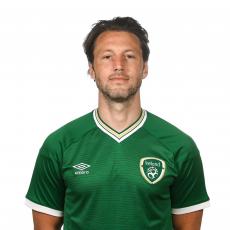