DARRAGH is a talented defender who plays his football with Bohemians.

He previously played for Malahide Untied and St Kevin's Boys in Dublin.

The centre-back made his Ireland U17 debut against Hungary in August 2014. He can also play at left-back.

He won his first competitive cap against Gibraltar in the UEFA U17 Qualifying Round in September 2014.

Darragh was very impressive at the 2015 UEFA U17 Finals in Bulgaria.

Leahy made the return to Ireland from Coventry City in 2018 and wrote his name into Bohemians' fork-lore with a 98th minute winner against fierce rivals Shamrock Rovers in Tallaght Stadium. His form in the SSE Airtricity League saw him called up for the Ireland U-21 squad. 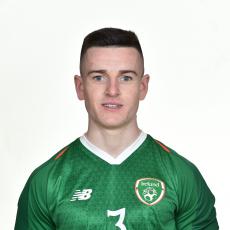