ZACH emerged with Malahide United and soon became recognised as one of the most skilful attacking midfielders or wide players in the country.

Formerly with West Bromwich Albion, he starred in all three of Ireland's UEFA U17 Championships Qualifying Round games in September 2014 and scored against Gibraltar.

He made a good impression at the 2015 UEFA U17 Finals in Bulgaria.

Previously with Rivervalley Rangers and Shelbourne, his father is Libyan and his mother is from Dublin, where he was born.

In 2019, Elbouzedi moved back to Ireland with Waterford in the SSE Airtricity League and made his Under-21 debut against Luxembourg. 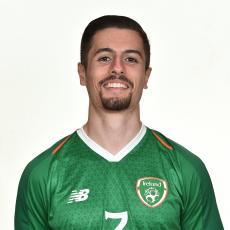