Josh Cullen made his debut for Ireland against the Netherlands at U19 level in September 2014 and impressed in a 1-0 victory.

The talented midfielder has been with West Ham United for several years. He enjoyed an excellent 2013-14 campaign and made his debut for the Hammers first-team in a friendly against Stevenage in July 2014.

Cullen won the Dylan Tombides Award for West Ham's Academy's player of the season in 2013-14. He represented England at underage level before opting for Ireland.

He made his Ireland U21 debut against Qatar in September 2015. He has had two loan spells at Bradford City before doing the same with Charlton Athletic.

Josh ticked off his senior debut against Bulgaria in an international friendly in 2019, where he was named as Man of the Match. 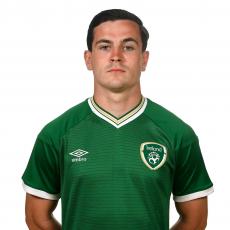