Previously with Ringmahon Rangers, midfielder Browne was voted Airtricity League U19 Player of the Year as he led Cork City to a League and Cup double.

He won his first Ireland Under-19 international cap against Norway in August 2013. Industrious box to box midfielder with a good range of passing. He has been capped twice in home-based U18 international games.

Alan joined Preston North End in January 2014 and burst into the first team before the end of the campaign.

In 2018, he made his Ireland senior debut away to Turkey in a friendly international. He scored his first senior international goal against Bulgaria in 2019.

Under manager Stephen Kenny, Browne has filled in a variety of roles across the midfield but also at right wing-back and has contributed three goals against Serbia, Belgium and Scotland. 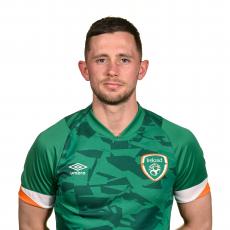