LIAM was born in Belgium and played for Anderlecht in the UEFA Youth League.

He made his Ireland debut in a U19 friendly against Romania in Blarney in March 2014 and then also impressed against Mexico in May. Tall and strong with good hands. He played in the win over Netherlands at Tallaght Stadium in September 2014. 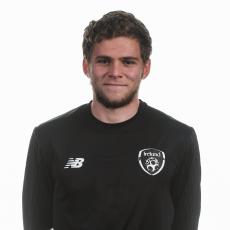