REECE is a talented wide attacking player who can get at players and make things happen with his pace.

He has played for Ireland since U17 level.

Reece made a big impression in the UEFA U19 Championships qualifying round in November 2014 scoring against Gibraltar and Switzerland.

He made his U21 debut against Qatar in September 2015 and scored a close range goal. 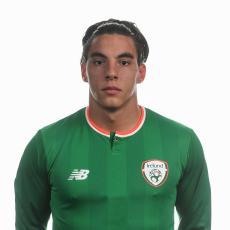