ALTHOUGH he is officially named Henry, he is better known as Harry.

Charsley has represented Ireland since U17 level and is a talented wide player with a keen eye for a pass.

He played in two UEFA U17 games for Ireland in 2013 and then made two impressive appearances in the UEFA U19 qualifying round in November 2014 againat Malta and Switzerland.

Harry won his first U19 cap against the Netherlands in September 2014 and the Everton midfielder's passing makes him stand out.

He made the breakthrough to U21 level in 2015 and won his first cap at that stage against Qatar in September 2015. Now an established part of the U21s, he will look to push on and make his mark in the campaign ahead. 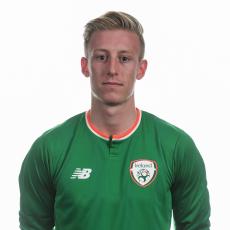