An attack-minded midfielder with superb technique, Megan enjoyed a successful period at Florida State University, where she was named a NSCAA First-Team All American in 2015.

She joined Brighton & Hove Albion in 2019. Megan scored her first senior goal against Montenegro in 2016 and her second came, direct from a free-kick, against Finland in 2021. 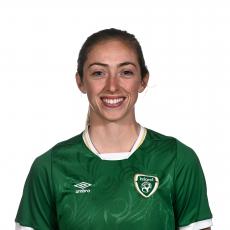