The former St Kevin's Boys player moved to Manchester City, where he enjoyed a loan spell in Holland with SC Cambuur.

He was a stand-out player in the UEFA Youth League with City before moving on to Wigan Athletic, Oldham Athletic, Kilmarnock, and Shamrock Rovers.

Since linking up with Rovers, the Dubliner has been hugely impressive and broke into the Ireland senior squad under Mick McCarthy. 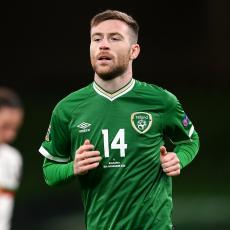