ROB qualifies for Ireland through his father's Cork background and was named in the Ireland senior squad for the final World Cup qualifiers against Germany and Kazakhstan in October 2013.

The 6ft 3in goalkeeper was also included in Martin O'Neill's squad for the games against Latvia and Poland in November 2013 but did not make his debut. Eliot, who was born in Chatham, was capped at U19 level by Ireland.

He started his career at Charlton Athletic and went on to make 96 appearances for the Valiants. He had loan spells at Bishop's Stortford, Notts County and Accrington Stanley (on two occasions).

Elliot moved to Newcastle United in 2010 and has mostly appeared in the UEFA Europa League for the Magpies.

A talented goalkeeper with no little experience now, Elliot has competeed with Shay Given, David Forde, Keiren Westwood and Darren Randolph to become the first choice under Martin O'Neill's reign.

He won his first cap in a friendly against Turkey in May 2014. He was capped for the second time in the September 2014 friendly against Oman and won his third cap against the USA in November 2014. When winning his fourth cap in March 2016 he suffered an injury which unfortunately curtailed his season. 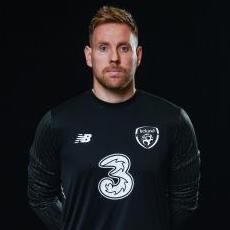