JACK won his first U21 call-up against the Faroe Islands in August 2013 and made a late appearance as a substitute. The youngest member of the squad, he made six competitive appearances in the UEFA U17 Championships qualifiers in 2012.

He was named in the Aston Villa first team squad for a league game last season and won the NextGen Series with the club in April 2013. Has been on-loan at Notts County this season. 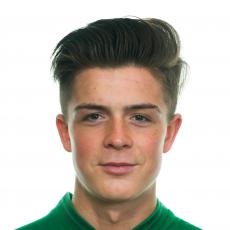