MATT made an impressive debut at this level against Italy in September. The former Bohemians defender joined Wolves in 2010 and made his first team debut in January 2011 in an FA Cup tie against Doncaster.

He had a loan at Hibernian last season and played in the 2012 Scottish Cup Final then joined Bury in another loan deal earlier this season. Also played in 2011 UEFA U19 Championships. Has played midfield for the U21s and scored twice against the Faroe Islands in our opening UEFA qualifier in August 2013. He also scored against Montenegro in Tallaght Stadium in March 2014. 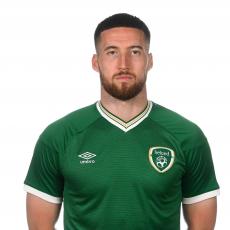