He has progressed through the underage international ranks with Ireland from U16 up to senior level.

Darragh, who can also play in midfield, has progressed well at Blackburn Rovers since joining the English club in 2011. He has also enjoyed a loan spell at Burton Albion.

Lenihan made his senior competitive debut almost four years after his debut in the 1-1 draw against Ukraine in the UEFA Nations League in June 2022. 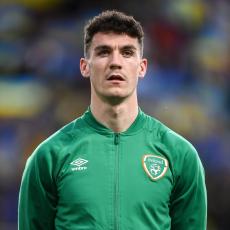