Shannon won her first cap in 2010 against Holland and has been a regular in the squad ever since. Played for University of Louisville and American W-League side FC Indiana before joining Norwegian club Donn Toppfotball and then Amazon Grimstad. Can play in midfield or up front. Her only international goal came at the 2013 Cyprus Cup against Northern Ireland. Nominated for 2013 senior player of the year award. Goals: 1 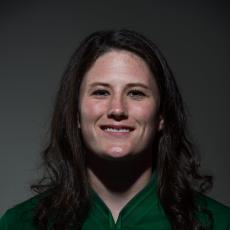