Chloe played in 18 UEFA international games at U17 and U19 level and also played in three UEFA Women's Champions League ties with Peamount United in 2012. She was capped at U15 schools level and attended St Kilian's Deutsche Schule.

She captained the Women's Under-19s to the semi-finals of the 2014 UEFA European Championships in Norway. 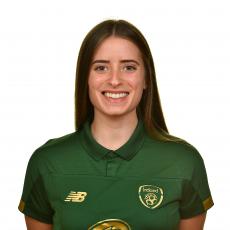