Harriet was named as Senior Women's Player of the Year in 2017 after breaking into Colin Bell's team and recording a number of stand-out performances.

An underage international for Ireland, Harriet made her senior debut in the Cyprus Cup in 2017. She has played in the English Women's Super League for both Reading and Birmingham City. 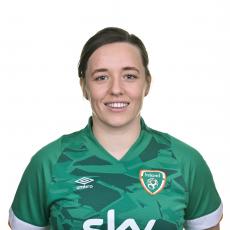