Clare is one of the most exciting attacking talents in Ireland. The Cork native has scored ten goals in 21 UEFA international games at U17 and U19 level and was also a member of the Irish squad at the 2010 FIFA U17 World Championships. She from Cork Women's FC to Raheny United and played in the UEFA Women's Champions League in August. 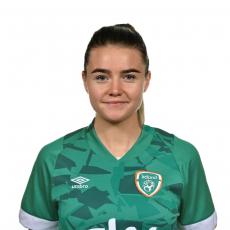