SEAN made an immediate impact on his U21 debut with a stunning goal against Italy in September 2012. Born in Abbots Langley, Hertfordshire, he joined Watford's youth system as a nine-year-old and is still with the Hornets. He made his debut against QPR in April 2011. He qualifies for Ireland through his grandparents and has played for Ireland since U17 level including the 2011 UEFA U19 Championship. 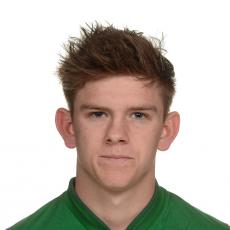