FIRST U21 campaign for the Norwegian-born goalkeeper. He was also in the UEFA U19 Championships squad in 2011 and was nominated for the U19 player of the year this season. McDermott started with Kristiansand club IK Våg then joined Arsenal in 2009 and also had a brief loan at Leeds United before he signed with Norwegian club Sandnes Ulf in 2012. 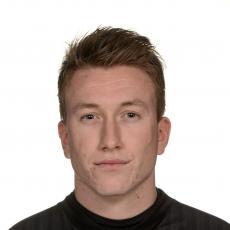