MARKED his first U21 call-up with two goals against Holland in February 2013. Like Samir Carruthers, Aiden was born in Islington, London.

O'Brien has been with Millwall since his initial schoolboy days and signed his first professional contract in 2010, making his debut in the League Cup against Wolves that year. He has also had loan spells at Staines Town and Hayes & Yeading. Joined Crawley Town in a loan move after scoring against the Dutch in February. 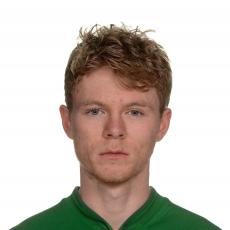