Grace was one of the real success stories from the Ireland Under-17 team that went to the FIFA Women's Under-17 World Cup in 2010.

She is a goalkeeper of huge potential and has started the 2015 World Cup campaign as understudy to Emma Byrne before a shoulder injury halted her progress and forced her to miss the 2014 Cyprus Cup.

The Reading shot-stopper made her competitive debut in the EURO 2022 qualifier at home to Germany in Tallaght Stadium. 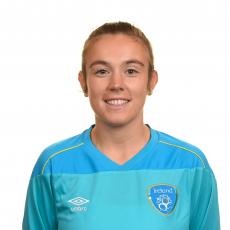