Kevin first made the breakthrough at Cork City and that earned him a move to Burnley in 2010. He has since been on loan at five different clubs.

The commanding defender won his Ireland senior debut against Mexico in 2017 and scored his first goal against Bulgaria in 2019 at Aviva Stadium. 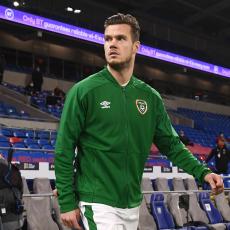