Enda originally started his professional career in the League of Ireland with UCD before enjoying spells with St Patrick's Athletic and Shamrock Rovers.

During his time at Rovers, Enda occupied the left-back position and won back-to-back Premier Division titles as well as featuring in the club's historic UEFA Europa League run to the group stages.

He joined Aston Villa in 2012 and after a number of loan spells he ended up at Portsmouth, where he achieved promotion and then joined Sheffield United.

The Dubliner made his Ireland senior debut in a friendly international against the United States. 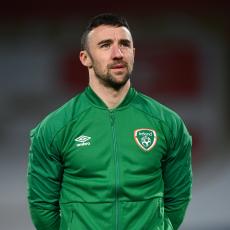