ANTHONY started his career with his hometown club Blackburn Rovers before joining Stockport County in December 2006.

A winger who can play on either flank, he was capped once at U21 level by Don Givens. He is eligible for Ireland through his Dublin-born grandmother.

After his spell with Stockport he joined Huddersfield in January 2009 and after an impressive spell with the Terriers he joined Norwich City in July 2011. His goal-scoring record is impressive with more than 50 goals in all competitions under his belt in club football.

After being called up a number of by Giovanni Trapattoni but being forced out by injury each time, the winger eventually made his debut in a World Cup qualifier against Sweden in September 2013.

Pilkington signed for Cardiff City in August 2014. He scored his first goal for Ireland in the 4-1 win over the USA in November 2014. He was named on standby for Euro 2016. 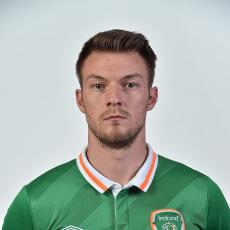