DUBLINER Hendrick was recently promoted to Giovanni Trapattoni's senior international team for the friendly against Poland.

The Derby County midfielder has an impressive campaign with the U21 side in their UEFA qualifiers and previously starred at the UEFA U19 Championships with Paul Doolin's side where his workrate and passing ability impressed. The ex-St Kevin's youngster is making steady progress under Nigel Clough at Pride Park and is a regular starters for the Rams.

Hendrick has played for Ireland since U15 level and was nominated for the U17 Player of the Year award in 2010. He made his senior international debut against Poland in February 2013 and created a goal for Wes Hoolahan.

He subsequently was capped against England and Georgia. 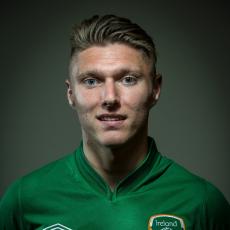