DAVID MEYLER made his Republic of Ireland senior international debut against Oman on September 11, 2012, at Craven Cottage.

An athletic and competitive midfielder, Meyler has battled back from a number of injuries to finally make the breakthrough at senior level.

Born in Cork, the midfielder is the son of Carlow hurling manager John Meyler. Meyler senior previously managed Kerry hurlers and also had a spell as a selector with Cork.

David emerged with Cork City and was part of a very successful underage team at Turner's Cross. the won the U21 National League and the FAI National Futsal Cup in 2009.

Meyler made ten first team appearances for the Rebel Army before making the move to Sunderland and he soon established himself as a first team player at the Stadium of Light under Steve Bruce.

He moved on to Hull City, following his former boss Bruce, soon after making his senior international debut and helped the Tigers earn promotion back to the Premier League.

Meyler was capped nine times and under-21 level under Don Givens.

He captained Ireland for the first time in the friendly international against the USA in November 2014. 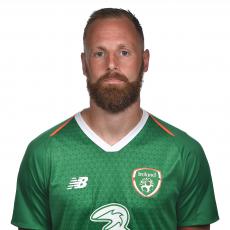