Robbie marked his senior international debut with a goal and assist in a 4-1 win for Ireland over Oman on September 11, 2012.

The talented winger had proven himself to be a real talent through the Irish underage international teams from under-15 right through to under-21 level.

Brady was a major asset for Noel King's under-21 side in the UEFA Championships qualifying tournament and is now Ireland's top scorer at that level with seven goals.

The young Dubliner made the breakthrough with St Kevin's Boys and was part of the FAI's Emerging Talent Programme before signing for Manchester United.

Brady had a loan spell with Hull City in the 2011-12 season and was pushing for a first team breakthrough at Old Trafford in the summer of 2012. The Tigers opted to sign Brady on a permanent deal in 2013 and he started the Premier League season in impressive form.

The winger's brother Gareth played for Dundalk, Shelboure and Drogheda United and was capped by Paul Doolin in an under-18 international earlier in 2012. Their younger brother Liam has also been in the Ireland underage set up at U18 level after signing for Stevenage FC.

Robbie played at left back against the USA in November 2014 and scored two goals in a memorable 4-1 win for Ireland. He became a national hero with his winner against Italy at UEFA EURO 2016 in Lille and scored from the penalty spot against France in Lyon.

Ahead of the 2022/23 EFL Championship season, Robbie Brady signed for Preston North End as he looks to get back into the Ireland squad. 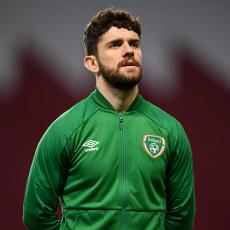