Conor was a regular for the Ireland Under-19s before making the step up to the Under-21s and then to senior level, where he made his debut in a friendly against Iceland in 2017.

The Cork native has excelled in his club career after spells with Sunderland and Ipswich Town as he became captain of both Plymouth Argyle and Barnsley before moving to Aston Villa in 2017.

The midfielder showcased his superb technique from set-pieces by scoring his first senior international goal in the EURO 2020 qualifier at home to Georgia in 2019. 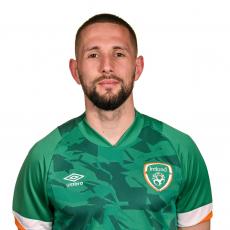