Greg Cunningham played his first senior international match for Ireland when he contributed to the 3-0 win over Algeria at the RDS, Dublin, on May 28, 2010. He was totally comfortable in an Irish defence that afforded the World Cup finalists precious few scoring chances.

Greg, from Galway, impressed Ireland's manager Giovanni Trapattoni in training and showed a maturity beyond his years when he played for Ireland after just three games for Manchester City in the 2009/'10 season.

He joined Leicester City for the 2010/'11 season upon Trapattoni's recommendation and impressed for Ireland when he played the 90 minutes against Norway in a friendly in November, 2010.

After recovering from a lengthy injury, Cunningham captained Ireland at U21 level and was recalled for the February 2013 senior international against Poland. 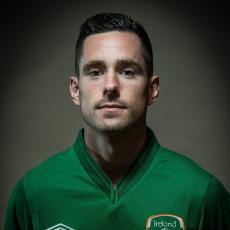