The 24-year-old made her senior international debut against South Korea at the Cyprus Cup in March 2013 having been previously capped at U19 level. She was part of the Raheny United team that has just won back to back Bus Éireann Women's National League titles as well as the FAI Women's Senior Cup in 2012 and 2013. Also help Raheny to the last 32 of the 2014-15 Women’s Champions League. 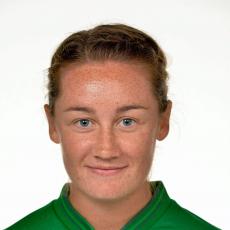